The hearing monoculture rejects those who can't hear

Originally edited and published by Model View Culture on February 24, 2015.

I want to tell you a story about a minority.

This is a story of recognition. In 1817, a salad of sign languages came together at the founding of the American School for the Deaf, eventually coalescing into American Sign Language (ASL). With ASL came an identity and a community which took the word Deaf as its own, the capital-D denoting its culture. Lowercase-d deaf came to refer generally to people who can’t hear. But in hearing society, we’re all second-class citizens.

A Deaf child in Deaf culture learns language bathed in signs. A hearing child learns language swamped in sound: Listening at the dinner table, watching Disney movies, mouthing words. But like 90% of children who are deaf, I was born to hearing parents, in hearing culture. At one year old, scientific literature wrote off my ears as broken, saying I’m a disabled person, before I even knew my own name.

You are broken, says society. You’re deaf. I’m a person, too, but most have only seen me as the previous things.

In 2000, the median reading level of high school graduates who are deaf was at the fourth grade level based on SAT scores. But early access to language—signed, cued, or voiced—and immersion in English lifts the literacy rate to match that of hearing peers. My parents didn’t have the resources to raise a bilingual child—ASL is a distinct language, one they didn’t know—so they learned a little-known system called Cued Speech, which accompanies spoken language by disambiguating lip-reading. Through my parents, I became immersed in English. If everyone knew Cued Speech, I could understand spoken language anywhere. Instead, I’m dressed up with hearing aids and cochlear implants, trained to listen and speak so I can pass as hearing, and dismissed by hearing society when I can’t.

We put in years of invisible effort

That’s how long I spent learning how to speak and hear. Starting at age five, I trained with an audiologist every day, eventually every week, of every year.

Thirteen years of repeating words until the audiologist tells me I’ve got it exactly correct, and I have to ask, “What did I do differently?” Thirteen years of furious steam behind my eyes because I couldn’t hear the difference between “right” and “left,” “d” and “t.” Thirteen years of feeling inferior because hearing society always reduced me to a function of how well I could speak and hear.

I spent thirteen years learning how to communicate with you.

But some lack that choice. All those hours of every month of every year cost money. Hearing aids and cochlear implants cost money. Interpreters and transcriptionists cost money. Yet people with disabilities are ½-⅔ less likely to be employed (pg. 61-62) and, once they are, they earn less money while needing more. Socioeconomic status, as well as disability, affects access to language, but instead of having that recognized, people without this privilege are stuffed down the waste-barrel of society.

Oppression and implicit bias against us has always been there 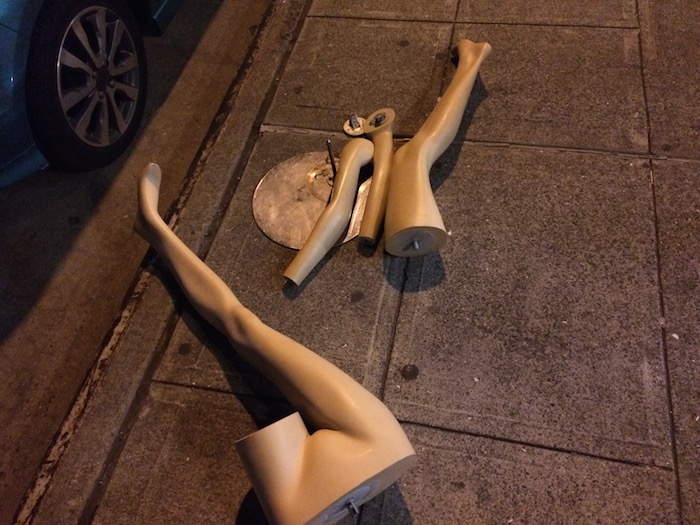 You don’t have to go far to find discrimination and hearing privilege. You and I are complicit in both all the time. I used to look down on people who were deaf without the same education I had, not realizing my own class, race, gender, and other privileges. People who are deaf are assumed to be unable to drive. My phone autocompletes “deaf” to “dead.” Teenagers apparently don’t know how to talk to us. Signers get stabbed and banned from using sign language. The concentration necessary to lipread is exhausting. “Inclusive” tech conferences don’t hire captionists and interpreters unless asked. Transcriptionists aren’t trained in technical lingo. Harvard and MIT are being sued for not captioning their online courses. Noisy environments like open offices and happy hours distract and drain us. Communication is so hard, and when people discover that I need to communicate differently, they balk at barriers and talk to me less and less—until finally I’m left standing alone.

I have never met another person who is deaf at a hearing tech conference. I regularly see uncaptioned video tutorials for open source libraries and transcript-less tech podcasts. I stopped going to tech meetups. Without any representation in tech, I grew up a token. Then hearing pop media writers portray us as depressed and languageless, or ascribe us superhuman levels of lip-reading to turn our deafness into a quirk. And we are viewed as objects of inspiration while being left out of the overall diversity conversation.

We are not your inspiration

A high school classmate once expressed to my mother how I had inspired him to pursue programming seriously. If David can do it, so can I, he had said. He assumed I couldn’t program because he thought of me as broken, and my mere presence shattered his expectations. I can do better than the deaf kid, he had thought.

We are not tokens or fairy-tales

Once upon a time, there lived a boy determined to become fucking awesome. So awesome no one would ignore him. So awesome people overlooked everything else. He didn’t want any more labels except “Fucking Awesome.” But deep inside he knew the deaf label would always be there, that someone would eventually ask him The Question: “What’s it like being deaf?”, with that sort of interested expression they’d never display when asking someone else what it’s like to be a white man.

Speaking with them, he feels this wall. As if they feel like they could never truly connect to a disabled thing, as if he’s just an intellectual exercise.

The boy is almost always the first. The first person who’s deaf anyone meets, the first to ask for support at events, the first to educate, from the beginning again, how best to accommodate him. He’s tired of being the first. He worked thirteen years in the hope of communication, and he just wants hearing society to lend a hand.

This boy is thought to be alone. Those who share his communication needs are distant, invisible—deemed fairy-tales. After all, many don’t want to bear the responsibility of learning how to communicate with the few, and especially not the one.

Change yourself and you change culture

Calling us broken is the easy way out. Demanding that people match culture is simpler than changing culture to support people—tech does the former all the time in the name of “culture fit.” Perceiving us as less valuable justifies the refusal to accommodate minority needs.

Fixing culture starts with small steps. Make accessibility a priority—part of your product cycle. Assume people with disabilities will be present at your events and accommodate us. Tear out ableism from our language, eliminating idioms like “falling on deaf ears” that equate deafness with ignorance. Recognize communication friction exists, and that connecting with us—people with expertise and opinions and emotions—means working through that friction, always.

The friction is different for everyone, so ask what we need. Event attendees may require ASL interpreters, students may ask for Cued Speech transliterators, employees may ask for CART services, clients may need transcripts. Even more, recognize that we can grow up with a sign language other than ASL or grow up not knowing a sign language at all.

Fundamentally, learn how to accommodate others. Be inclusive of invisible needs. Be patient with communication. Listen to other stories—my story of communication is only one. I spent thirteen years learning how to work with hearing culture. Can you spare a little time?

Thanks to MVC, Mel Chua, Rachel Kolb, and Aaron Rose.